I will try and make this Sunday post a regular thing. It will be a post of what have happened with the different packs and dev work, and most likely other things too.

A huge update to Crundee Craft were released. Mainly bug fixes and some new additions to the pack. You can read more about it here: https://kehaan.me/?p=51

Another thing was the huge update to MadPack 3, Beta 4 which was released. We had a lot of issues with this update, which meant we had to push multiple smaller updates to the pack, which in the end meant we had to remove Animalbikes (Animalbikes was anyways on the chopping board, for beta 5, so it did not really matter) BUT it was not easy to figure out what was wrong.
Beta 4.1 which were pushed did change the loading order of the mods. Mainly Candy Craft needed to be changed, as it did more or less ignore the IDs given to it. Usually with 1.7, IDs is given automatic. Aether loaded first, and aether was the first mod to allocate Ids. After that Candycraft did allocate its Ids and it ignored the previous ids set by aether, which meant invisible entities. As Candy Craft used Aethers IDs. After 4.1 was pushed, another issue came. This time Animalbikes was found to do the exact “bad” thing which Candycraft did. Which meant now those two mods allocated ids wrong. As two mods which does it this way, can’t be together. It was a easy choice that animalbikes had to be removed. This meant 4.2 was pushed which solved most of the invisible monsters (Yes i do know Clay golem is still invisible, but they must have been that for a while :P)
Another 4.3 needed to be pushed. The reason was mainly to fix some crashes and balance issues with BamDongles mod. MrAmericanMike fixed the issues, with his mods. A few quest was also messed up, mainly the slime queen quest reward, pilgram reward bag quest and the pickappa quest. 4.4 was then made, to fix a quest i had forgot to fix, the Licorice Beetle optional quest. The killing part of that quest did not work, and was changed into a collection quest of the disc that mini-boss drops.
A few people insulted me because of all these updates, but for me i rather want the bugs to be fixed, then wait a whole new week until next “real” beta version. I think thats the best solution for everyone. If it was small issues, that did not matter it would wait. But these issues was something that could prevent the progression of the pack.

I have also this week done another small adventure map with MisterCrainer you can watch it here:

The other adventure maps i have made, can be found on his channel.

Another round of lucky block were also made. This time “space lucky blocks”. You can watch SSundee episode of it here:  SSundee and MrCrainer here.

A few changes to this blog have been made too.
I have changed to a new social widget, which let me add my twitch channel to follow too, on the left side. And changed the About / Support me page, into two separate pages. 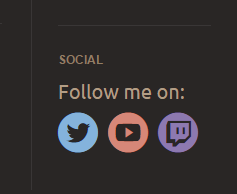 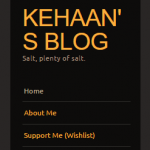 That’s all for this week. Again sorry for my English, it’s not the best, but hopefully doing this kind of post will help me improve it.